Update on forced Vaccination in Washington DC and West Virginia 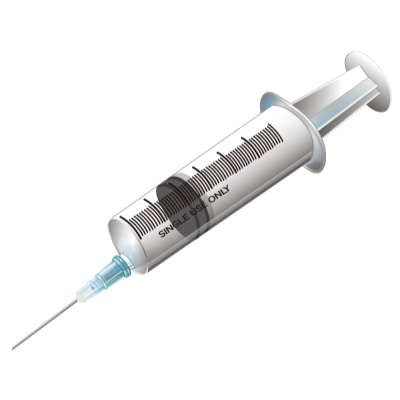 Here is the bill summary - "As introduced, this bill permits a minor of any age to consent to receive a vaccine where the vaccination is recommended by the United States Advisory Committee on Immunization Practices. It also establishes that if a minor is able to comprehend the need for, the nature of, and any significant risks inherent in the medical care then informed consent is established."

What!  A minor of any age can consent to a vaccination.  This is an outrage.  What are the DC Council members thinking?  Of course, we should not be too surprised, as 12 year old girls can already get on abortion in Washington DC without parental consent!  DC residents, call and email your DC Council Members, in your Ward and at Large Councilmembers offices, to express your outrage:   https://dccouncil.us/councilmembers/.    You can watch the public hearing held on June 26, 2019 here:  http://dc.granicus.com/MediaPlayer.php?view_id=2&clip_id=5105.

At 23:35 CM Mary Cheh opines about using this bill as an opportunity to "make sure we have the highest levels of vaccination possible".  Maybe Ms. Cheh should learn from West Virginia, which has one of the highest vaccination rates in the nation due to its no school without vaccinations and no vaccination exemptions policy.  Unfortunately, West Virginia ranks 39th, with one being the best, in infant mortality.  Just maybe there is some connection to the refusal to provide any vaccine exemptions.

And make no mistake, this is not at all about children's health, but about taking away parents’ rights to decide what is best for their children.  Specifically, there is a desire to punish religious parents.  Check out 25:45 in the video.  The very first testimony is from is from Allison Gill, vice president for legal and policy at American Atheists.  That should raise eyebrows right away.  Why is the American Atheist society so big in pushing vaccines?  Ms. Gill says “American Atheists is a national organization set up to protect the wall of separation between religion and government".  Wrong.  The first amendment begins with “Congress shall make no law respecting an establishment of religion, or prohibiting the free exercise thereof. There is no wall of separation, which is a mischaracterization of words in a letter written by Thomas Jefferson.  Rather, it is Ms. Gill's organization that is infringing on the free practice of religious beliefs.  The first amendment is written to prevent the establishment of a state religion, and to allow the free exercise of religion.  Ms. Gill has it backwards.  The proposed mandates of this bill are prohibited by the first amendment.  They are also prohibited because parents are the primary caretakers of their children, not a coercive state.

"American Atheists objects to efforts to subordinate medical care to the religious beliefs of others".  Just in case you don't know, Ms. Gill reminds us "current DC law allows a minor to consent to various medical procedures... including contraceptive care, prenatal care, mental health care, and abortions without parental consent. This bill would extend already existing medical autonomy practices to immunization for mature minors, allowing them to make medical decisions in their own interest regarding vaccination based on the associated benefits and risks.  Preventing minors from making immunization decisions on their own for their own bodies puts them at significant risk for contracting debilitating and potential deadly infectious disease...Parents who decide against vaccinations put their children as well as many others who are too young to be vaccinated or who cannot be vaccinated due to medical conditions at risk."  Whoa, the myth of so called herd immunity again.  There is no proven herd immunity study or studies.   In states like West Virginia, there are virtually no vaccine exemptions for school attendance.  This is a not so thinly veiled attempt by the American Atheists to impose their religion on everyone else.  What an outrage!

Ms. Gill concludes "Lawmakers have a responsibility to protect all youth.  No young person should be subject to harm or illness based on the misguided beliefs of their caretakers or classmates... the same logic holds true to vaccination, which is too frequently denied to young people based on the religious beliefs of their parents or guardians.... Parents may be free to become martyrs themselves, but it does not follow that they are free in identical circumstances to make martyrs of their children before they have reached the age of full and legal discretion when they can make that choice for themselves.

Later, Dr Helene Feldman, representing the DC chapter of the American Academy of Pediatrics. says that "District teens have the right to protect themselves from diseases that can easily be prevented by vaccination... to prevent the spread of measles, herd immunity requires vaccination rates of 95 per cent or higher"  Here we go again.  There is not proven theory of heard immunity.  The term originally was used to apply to, gasp!, natural immunity that comes from getting a common childhood illness, such as measles or mumps.  Later, Dr. Feldman says, "I have encountered many teens who would like to receive the HPV vaccine, but if a parent is not present or provides consent, I am prohibited from giving it."  Dr. Feldman   must not know that the HPV vaccine is one of the very worst vaccines as far as debilitating injuries go.  Check this article by a father whose daughter was paralyzed by the HPV vaccine:  https://www.urbanlifetraining.org/index.php/sexual-health-news/104-vaccines/159-is-hpv-vaccine-to-blame-for-a-teen-s-paralysis.

Mr. Mileaux promotes religion, although his organization says it promotes "science, reason and secular values".  That means it supports secular humanism, the belief that only humans, but not the Supreme Being will determine the course of life. As with American Atheists, why is Mr. Mileaux and his organization suddenly so concerned about youth health?  Could it be that he also wants government to enforce secular humanism under threat of law?  Both he and the American Atheist and want the government to force you to impose their secular believers (actually, a religion) on you through the threat of coercion under force of law at 1:06:00 he promotes the trope that "vaccines are one of the most effective public health developments in human history.    Really?  See this chart, again of vaccine injuries and deaths:  https://www.urbanlifetraining.org/index.php/richard-s-blog/296-west-virginia-required-vaccines-adverse-reactions-or-death.  Perhaps Mr. Mileaux should have said 'Perhaps no other medical intervention has caused so much suffering to so many people at such a great cost', Mr. Mileaux also promotes the false narrative of herd immunity.  Maybe all of these speakers are using the same talking points produced by Big Pharma.

At 1;11:00 we see a medical student witness again falsely claim that we are protected by the unproven theory of 'herd immunity', which again, is a term coined to mean those who are immune due to natural immunity.

At 1:20:00 Council Chair Gray is deeply concerned about “some of our vaccination rates when they start to hit the low 90s and 80s it’s a dangerous situation.  We’ve got to find ways to improve those outcomes for vaccination in our city."  Really?  Where are the statistics to show that this is a dangerous situation.  And this coming from the city that for years did not even know how many of its residents were infected with HIV or AIDS.

Contact your council members to put a stop to this dangerous and damaging legislation:  https://www.dccouncil.us/councilmembers/.